Update #1: Packing, provisioning, clearing, maintaining and getting ready to go! 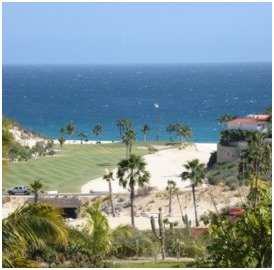 This is my very first blog update for Sans Souci’s big adventure to Costa Rica.

For those of you who are new to my blog, I’ll give a VERY brief background.

My name is Ken Williams. My wife Roberta and I founded a computer game company (Sierra On-Line) that did well enough that we could retire reasonably young. I’m a software engineer, turned CEO, who ran the company for nearly 17 years. Roberta had the fun job. She designed games (Kings Quest, Phantasmagoria, etc).

We have owned a succession of boats throughout our 35 year marriage, starting with a little ski boat, and now “graduating” to a 68’ Nordhavn called Sans Souci. We have two grown sons, DJ, who lives in Cabo and Chris, who lives in Seattle.

I should also introduce our dog; Shelby, a Norwegian Lundehund. Shelby has traveled thousands of miles with us, as we took our prior boat, a Nordhavn 62 across the Atlantic, and even on a little 27’ power catamaran we ran thousands of miles around the Bahamas. We’ve been planning a circumnavigation to start next year, and the primary focus on route planning has been on “Which countries will let us in with Shelby?” We don’t leave home without her. We have the only Nordhavn with a “doggy door!”

With that introduction, I should say a bit about our journey that begins on Sunday. Our boat is currently sitting in the Puerto Los Cabos marina in San Jose Del Cabo Mexico (twenty miles north of Cabo San Lucas). Our plan is to cross to mainland Mexico, at Puerto Vallarta, then start working our way south to Costa Rica. We need to arrive in Costa Rica by mid-April, but otherwise have no firm plans.

Our approximate 2,200 mile journey will take us along the coasts of Mexico, Guatemala, El Salvador, Honduras, Nicaragua and ultimately to Costa Rica. There are plenty of boats that have traversed this route before. We will not be pioneering. That said, this is a very big deal for us personally. Although we’ve travelled long distances before, it has always been as part of a large group of boats, or in a location where there were lots of other boats around. This will be our first time to venture this far off the beaten track alone.

To explain what I mean, here’s an email I received earlier today, as a response to a message I posted on a popular cruiser’s internet discussion board, asking others cruising along the same route who I should call if I need emergency assistance:

“There’s no “911” on the high seas.” You seem to be hunting for a central “health and safety” emergency service, and it doesn’t exist.

Take enough spares, and have enough skills, to deal with ‘your problems’.

Sans Souci is more seaworthy than the vast majority of boats that run the coast, so I’m not worried, but his answer was a reminder that we need to be prepared for almost anything that might happen.

Which brings us to provisioning. Over the last few days we’ve made three Costco runs, a run to Home Depot, and more! Each trip has meant shopping until the car wouldn’t accept anything additional. When we discovered that we had bought more meat, cheese and bread than could be crammed into our large freezer (and, two freezer drawers), it called for a trip back to Home Depot to buy another freezer. I was planning on putting it out of the way up on the fly bridge, but then when I stood on the dock looking up at the fly bridge, I decided it was better to keep the weight down low, and put it in the cockpit. I strapped it down so that it wouldn’t move when we’re in heavy seas. The freezer looks a little dorky on the back deck. My intention is to have plenty of barbecues, and give it away as quickly as possible.

I’ve been following the weather reports. Our first leg is an open ocean passage of 300 miles. I would rather have gotten started with something simpler and shorter, but it is what it is. The weather reports have been as good as one could want. We should have perfectly calm seas. However, my confidence was shaken this afternoon when we were sitting at lunch (outside) and the wind suddenly became quite strong. It was so out of sync with my expectation that I immediately called a weather router: Bob Jones of Ocean Marine Nav. Bob’s job is to study the weather, and advise mariners on whether it is “safe to go,” or not (for a fee). Sitting at lunch I told Bob that before I considered hiring him, I had a test for him. I told him I was sitting in Cabo and wanted to know the wind speed. He guessed at 15 knots, but told me there was a chance it could be higher. He was low, but close enough that I asked about our departure. He said it couldn’t look better!

That’s all for today. I‘ve got packing to do….

PS If you respond to this email, keep in mind that I will have a very slow and expensive internet connection at sea. PLEASE do not include my own email in your response. All comments are read and appreciated. Just do what you can to help me keep my internet bill as low as possible.