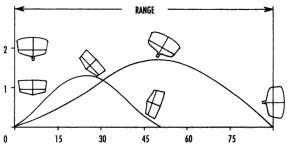 One of the requirements for the Nordhavn Atlantic Rally was to add storm windows to each boat. These are extra-thick windows, which screw onto the boat OVER your existing windows. They can be comprised of anything tough enough to do the job; I’ve seen thick acrylic, and my recollection is that at least one of the boats on the Nordhavn rally used aluminum plates. The purpose of storm windows is fairly straight forward. If you take a direct hit by a wave, they are meant to be tougher than your normal glass windows. A wave through a window could ruin carpets, or worse. Potentially, much worse.

I’m currently wrestling with the decision of: “Do I have storm windows made for Sans Souci?”

On our prior boat, the N62 that we took across the Atlantic, I decided not to add the storm windows. Our N62 had fairly large windows, and needed probably 10-20 storm windows made. My issue was not the cost involved, but the size. The plates are heavy and bulky, and need stored somewhere. We crossed the Atlantic in the best possible season and were fairly confident that we wouldn’t be seeing serious seas. When I pushed the Nordhavn executives about the real need for the storm windows on the N62, they thought they might be optional. I took a chance, and came out fine.

But, now we’re starting our circumnavigation, on a new boat, and I need to struggle with this decision all over again.

I must confess that when faced with the question: “Do I put on the storm plates, and get my butt kicked by a hurricane, or put the boat in a nice marina, and fly to Cabo for some golf, returning to the boat sometime after the storm season ends?” It’s a tough decision, but golf in Cabo always wins. My #1 storm handling tactic is: Cruise in the good season, and put the boat away when there is potential for trouble.

Unfortunately, that’s a good strategy, but not a fail-safe strategy.

Storms don’t always announce themselves well in advance, and there are times when the boat needs moved, whether you like it or not. For instance, most boats on the east coast of the US are perpetually at risk for needing to be moved during hurricane season. If your boat is sitting in Fort Lauderdale, and the weather forecasts suddenly say a Cat 5 hurricane will be hitting in 10 days, you need to move the boat. Weather forecasts are not 100% accurate, and hurricanes can move faster or slower than predicted. They can also be larger or smaller.

There are also times when the weather report is somewhat irrelevant. One of the sad, but true, facts about power boats is that once you are on a major passage, your ability to change course due to weather is very limited. I’ve been asked several times why I’m taking the Bering Sea to cross the Pacific, rather than going direct to Hawaii or Polynesia. The answer is that it enables me to avoid a 12-15 day ocean crossing. If a tropical storm or hurricane comes along, and you are well into a major offshore passage, it is generally impossible to do any major rerouting of your path. On a passage to Hawaii I’d probably only be carrying a 10-15% fuel reserve. Not only are there few possible alternate destinations, but the odds are I wouldn’t have the fuel to reach them. On the northern route, our longest passage should only be about two or three days. This is within the “predictable weather window” where weather info is usually fairly accurate.

When we first bought our Nordhavn, I remember telling people that it meant I could “go” in any kind of weather. However, what I quickly discovered is that rough seas aren’t much fun regardless of your boat. Given my respect for the seas, owning a Nordhavn doesn’t mean an expanded cruising season. Instead, what it means is that if I am caught out in rougher seas than planned, it will not be fun, and it will not be comfortable, but at least I’ll be returning to port.

The stability curves, are a mathematical way of looking at the seaworthiness of a vessel. When boats are designed, the designer cranks a lot of numbers into a spreadsheet, and comes out with a set of numbers which predict the seaworthiness of a boat. It is possible to predict how far a vessel can be rolled, and still pop back upright. For most boats, there is some magic angle, that if you roll past, the boat will rest inverted, or sink. There are some specialty boats, such as coast guard rescue boats, that can roll completely, but these are not the norm.

Stability curves have that name because they are generally shown as graphical plots of the data. The curve for most yachts looks like a bell-shaped curve, with the degrees of tilt shown along the bottom of the graph, and the ability to resist capsize shown vertically. The higher the point on the line, the tougher it is to capsize the boat. I looked at the data for a wide range of boats, and the point of return (the tilt angle where the boat is almost certainly going to roll over) for full displacement boats, such as mine, is around 80 degrees. Traditional light displacement boats tend to have much lower points at which they capsize (maximum tilt angles closer to 40 degrees). To my surprise, sail boats tend to have significantly higher roll-over points, more like 130 degrees.

“…. The norm for most motor yachts, ships, and military vessels is a maximum heel angle of 60 to 70 degrees, after which the boat keeps going and does not come back.” – steve dashew

I’m happy to report that my boat’s tipping is healthily past this standard. Interestingly, in studying the data, there is a 10 degree swing in the data for my boat based on how heavily it is loaded. In other words, there is a significant difference between the stability of my boat with full tanks, and empty tanks. This makes sense, in that with full tanks, the boat is heavier, and the center of gravity is pushed lower into the water.

Of course, spreadsheets only tell a small portion of the story, and the math can change in real time. Water or fuel shifting in tanks can make a boat more susceptible to rolling. There is a whole science to making fuel and water tanks for ocean going vessels. Our tanks are “baffled”, which means that waffle-like panels are in the tanks to minimize fluids shifting as the boat gets pushed around by the seas. And, of course, it doesn’t take much water intrusion to dramatically change the math.

Here’s a few of the articles I read on this topic:

Ultimately, I cheated, and just asked my boat’s designer (Jeff Leishman) what he thought I should do. His response:

Your trip sounds like a tough one! In a roll over or knock down the house is going to give you a tremendous amount of added stability assuming the windows stay intact. I would recommend installing storm plates for this trip.

Given Jeff’s comment, I’m going to explore having the storm windows made.

I do already have steel covers for all the port lights. They are heavy, awkward and a pain to store. I’ve banged up the wood in a few places storing them, and hope I can find something easier to work with for the storm windows. My first thought is to see if some material like carbon fiber is possible. I’m stocking spare parts for a circumnavigation, so there aren’t a lot of open spaces for storing the storm plates. Something light, and easily stored will rank at the top of the list.