Seeing in the dark 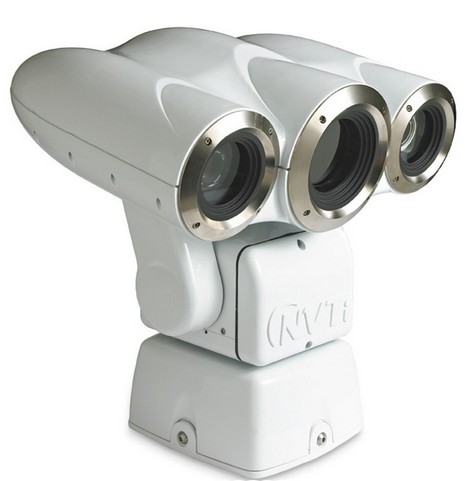 This is one topic on which I not only know nothing, I’m the worst possible guy to ask. The best I can do is to share my experiences, in the hope it might help you.

First off, I do not have FLIR on my boat. I have a competitive product, which was insanely expensive ($70,000!) and has been very mediocre.

I don’t honestly know if the problem is that my exectations were unrealistic, or if the camera is just not great. I was aboard a 220 foot Delta recently and to my surprise they have the same camera, and were just as underwhelmed as I. Last year, I sent mine back to the factory for an overhaul, and it still isn’t great.

One problem, that is strictly mine, is where I mounted the camera. It is on the brow of the fly bridge, and can only be reached by someone brave enough to hang off the front of the boat. I’ve done it in a marina, reluctantly, but wouldn’t begin to do it at sea. When we take sea spray, the camera lens becomes caked with sea water, and the camera is useless. Sea spray that high is rare, but not as rare as I’d like, and once you get the lens wet, visibility is impossible until we reach port.

One cool feature I liked on this camera was that I could access it via the local area network on the boat. Unfortunately, the resolution is poor enough that this feature has been useless.

All of this would be forgivable, except that the camera fails at the one thing that is most critical. It sees great in marinas, but is almost useless in real world settings. I wanted it for two reasons:

1) Entering and exiting marinas at night

2) Looking for unlit pangas and sail boats at sea

It could work for entering marinas, but unfortunately, in night vision mode, the lens is FIXED ZOOM. You can’t zoom in or out. In one of the two night modes (amplified light), you can choose between three zoom levels, none of which ever seem right, and in thermal imaging mode, you have ZERO options. I’ve found it totally useless in exiting or entering marinas.

For spotting unlit boats at night, it doesn’t work because it has a VERY short range. During the Fubar, I was running side by side with 13 other yachts. We were so tight to each other that I was afraid to even think about taking off auto pilot. We shouldn’t have been as tight as we were, but that’s another whole story. Amazingly, my night vision couldn’t see the other boats! Its range seems to be well under 100 yards. In light amplification mode, it would show points of light, but the thermal mode was totally useless. Looking out the window was much more effective.

All of this said, I do use it regularly. I’ve crossed several times unlit sail boats, and pangas. Since the boat Earthrace fatally ran over the unlit panga off Nicaragua a couple years back, I’ve been paranoid about doing the same. And, of course there are all those shipping containers allegedly floating at sea. I dedicate a monitor at most times to night vision and we do watch it. Small pangas are generally missed by radar. We only get about a 50 to 100 yard look out in front, but that might be enough to save a life if we react quickly. I wish I had greater distance!

In an effort to improve over what I have, I recently purchased a Gen 4 night vision monocular.

Honestly, I haven’t tried it yet, and can’t say if it does a better job that what I have. I’m hopeful, but the delivery skipper who brought my boat up from Costa Rica did try it, and said he wasn’t impressed.

My “guess” is that it does a better job than the NVTI system that I currently have, and will be useful entering and exiting marinas, but that for constant use, I’ll rely on my NVTI system. There’s something to be said for having non-stop night-vision going when under way.

And.. on a different topic, I received a great email commenting on my blog from yesterday. It seems to argue a very different position than my own, however, I tend to agree with most everything that this guy is saying. Simple is good. I remember a year ago writing my blog, and arguing that the right boat is NOT the biggest you can afford, but the smallest and simplest that meets your needs.