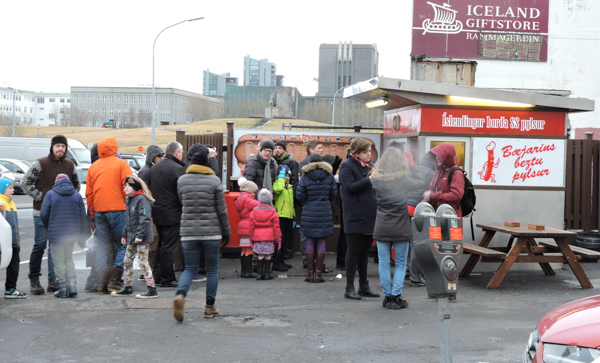 First .. some brief notes about this blog. If you are reading this via email, and wish to send me a comment. Be careful when you hit “reply”. If you just hit reply and do not put my email address, your comment will be posted to the blog directly. I’ve had several of you do this and include your contact email and phone number (which I’ve edited out.) If your comment is meant for me privately, the best is to just email me at: ken@kensblog.com

We are not sitting still much on this trip, and I am struggling to send a daily blog entry. If you write me and I do not respond, my apologies. I am reading all comments, but only randomly responding. We have a lot happening, and only occasional connection to the internet. I am not much of a facebook user, but I do like their system for responding to comments. So .. if you are a Facebook-person, the best place to leave comments is at: www.facebook.com/kensblogdotcom

Also, for those who may have missed prior entries, I should say that this is a very unusual bit of blogging for me. Usually “Kensblog” is focused on Roberta’s and my various worldwide cruising in our Nordhavn trawler. However, we are doing a quick trip to (near) the North Pole to watch an Eclipse and I decided to report on our trip. The “normal” boating-centric blog will resume in June. If receiving these emails are annoying you, there is an “unsubscribe” link at the bottom of this email. Just unsubscribe for now, and then register again as we get closer to June. My feelings will not be hurt.

And, with that said…

Before I speak about our ride…

We are now in Oslo, Norway. Our final stop before heading north. For our departure from Iceland we woke at 4am to make a 7:30am flight. It was cold, and very windy, with the winds over 50 knots. Driving to the airport I thought our car would be blown off the road, and we were not surprised when all flights were delayed. We sat in the airport, watching as our flight time slid by 30 minutes, every 30 minutes, for nearly four hours.

The weather in Oslo is warm (around 45 degrees Fahrenheit) by comparison to Iceland. My only frustration is that I am typing this email wearing the same clothes (even underwear!) as I wore yesterday. We are living out of a suitcase which was constrained by weight to essentially hold nothing but our heavy boots, gloves and jackets. We haven’t sat still long enough to do any laundry and I am out of clothes. As soon as I finish this blog entry we’ll do a quick hike around Oslo, then scramble back to the airport for our flight into the frozen wilderness tomorrow morning.

On the plane from Iceland we were able to meet a couple of our other adventurers. I don’t have enough data points yet to say who they are, but … I suspect it will be a very interesting group. I am sure that I will be outside the norm on this expedition. I am not “un-excited” by the idea of seeing an eclipse, but were it not for Roberta’s encouragement, I am not someone who would automatically rush to the North Pole to get a front row seat. The people I met on the plane were thrilled to be here, and I could tell this is an important event to them. I have had a few readers of my blog comment that they have tried to get to Svalbard, and everything (flights and hotels) are booked. This is a very special, and important, expedition for many around me, and I shall henceforth type the word Eclipse using a capital letter.

We were tired when we arrived at the hotel yesterday, so there was no time to “see” Oslo. We taxi’d to a restaurant followed by a nice walk back to the hotel. Our first reaction to the city was very positive. It is modern, clean, well-organized, and appears prosperous. We had dinner on the waterfront in an Italian restaurant (Olivia) that we all loved, in a neighborhood (Tjuvholmen) that seemed identical to the “Lake Union” area at home in Seattle (by which I mean new condos loaded with young knowledge-workers, perched above an endless supply of restaurants.)

Now… back to the story of our arrival to Oslo.

I am an inquisitive person. I have no fear of asking questions, and often ask questions that I arguably shouldn’t. We had 45 minutes to kill, venturing from the airport to Oslo, so … I kicked off the discussion with my usual, “I write a blog. What can you tell me about Oslo that my readers might find interesting?” Usually, this doesn’t get me anything, as not all cab drivers are plugged into the local culture. However, once in a while I strike gold, and our driver was wonderful. He was intelligent, well-educated, politically savvy, and as I mentioned before, highly opinionated.

First he gave us the top level overview: (Note: I have fact-checked none of this, but am relaying what I was told)

The driver was understandably passionate about, and proud of, his country. He was also somewhat complimentary to the US, saying that Norway’s economy was linked to the United States in various ways.

Admittedly, there is much in what the driver said to admire. For example, he had my attention with his first bullet point about running an economic surplus. Where the conversation really took flight was when the driver decided to slip in a few digs at our country. After the ride we debated whether the driver was just “having fun” with the aggressive positions he took, and what he may have really thought. But, what ensued became a highly spirited debate as he alternately disparaged, and complimented, various US Presidents, and US policies.

This is a non-political boating blog, so I don’t want to bore (or, alienate) you, my dear readers, with too many details of where the debate took us. One thing we had in common with our driver is that each of us are proud of our countries. As we talked, the most discussed issues centered on immigration policies, access to health care and energy policy. I suspect that our driver, like us, was very sorry to see our ride end. Nothing we discussed couldn’t have been researched on the internet, but somehow, words on a screen do not have the same impact or learning value, as when they are debated with a cab driver many thousands of miles from home.

Following are some pictures from our final day in Iceland. Some are just scenery from our tour and on others I have included my thoughts.


Geothermal wells are of varying depths with some as deep as 10,000 to 13,000 feet deep (3,000 to 4,000 meters.) I asked why such deep wells were needed and was told that the deeper water is warmer and that for some uses they need extremely hot water.


Hot water for homes (heating, and hot water) is taken from the the wells and piped to households.


Showing the pipes, and insulation used to transport the hot water for miles from the wells into town.


I had wondered how they could possibly grown anything on the frozen lava earth. This picture was grabbed out the car window as we passed a greenhouse. I was told that this was the area of the greenhouses since there are many steam holes around thereby heating much of the earth beneath.


Roberta and I got out of the car only long enough to pose for a picture and dive back into the car. The ground between the parking lot and the waterfall was a foot thick layer of ice.


Small geyser – except that I don’t think this particular geyser erupts.


I froze my hands hoping to get video of this geyser erupting. It erupts every six minutes and I waited through a few cycles hoping to time it, but never got a good picture.


Icelandic horses – well insulated against the cold. Roberta and Donna couldn’t wait to pet them.


Donna, with an icelandic horse


Looking out over a frozen landscape (and, Iceland’s largest lake)


Our group of adventurers – Ken, Roberta, Donna and Todd


The rift between two continents. This rift stretches from one end of the country to the other, and will eventually split the island apart — after millions of years, of course.


Iceland is a challenged country, with active volcanoes, frequent earthquakes, freezing cold conditions, and being ripped in two (slowly) as the two continental plates it spans drift apart.


An underwater cave into which tourists toss coins. It is much deeper than it seems, and is a popular dive spot


A waterfall (of many) that we drove past


According to our tour guide, this particular waterfall has a sad place in Icelandic history. Apparently, anyone who fell into disfavor was pitched over the waterfall, the men beheaded first, the women ‘merely’ drowned. This practice ended six hundred or so years ago, so .. no worries.


President Reagan and Michael Gorbachev held secret meetings here, in 1986, leading to the end of the cold war.


This hot dog stand had a long line the entire time we were in Reykjavik. Finally, Todd and I gave in and froze our way to the front of the line, expecting that the hot dogs were something incredible. The menu was rather limited. You had your choice of a “Hot Dog” or a “Hot Dog.” I ordered a hot dog, as did Todd. THe hot dog was not at all special. I can’t explain the line, other than that there was a picture of Bill Clinton standing in line to buy one. Perhaps that was why all the excitement?