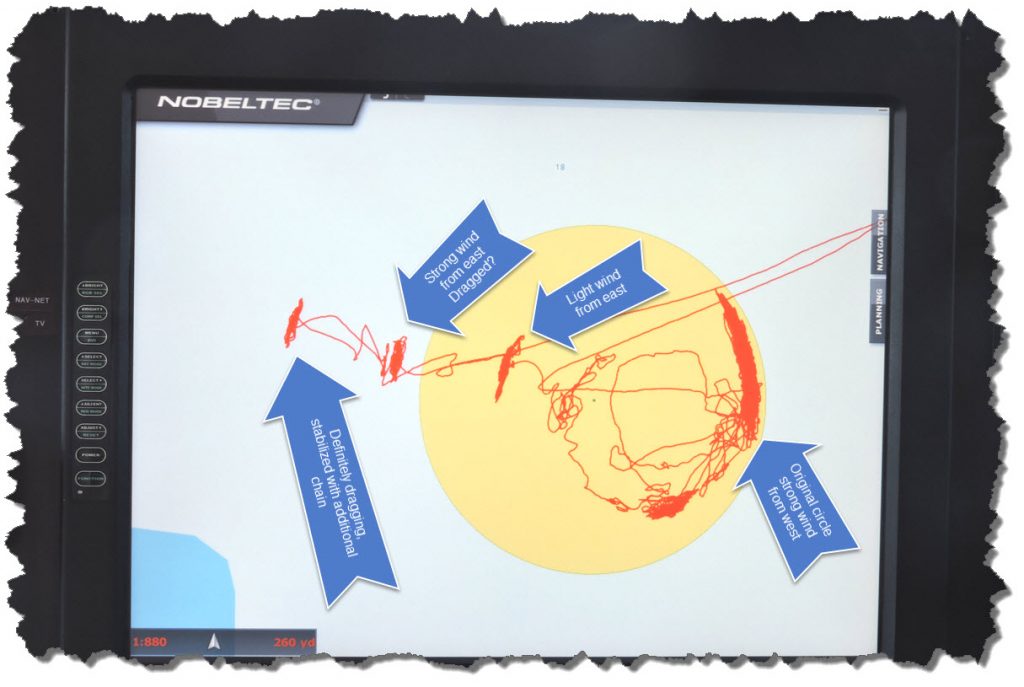 I just received this question via email from Ron R, a reader of my blog:

“Good afternoon, Ken. I was just noting that you haven’t mentioned a single problem with your systems this season. Is this due to the intense preparation in San Remo?”

It’s a topic I have avoided discussing, primarily because Ron is right. Thus far nothing major has broken and it has all been smooth sailing. I haven’t wanted to jinx things by talking about it.

But, since the topic has been raised, and because I haven’t talked about techie stuff much lately…

As I’ve mentioned before, at the end of each season I turn over care of the boat to Jeff Sanson (of www.pacificyachtmanagement.com) who was assisted this season by a gentleman in Italy, Andrea Santore (www.allservices.net). Jeff took a team of mechanics from the US, and an a/v guy from Mexico, who along with Andrea’s team in Italy worked together to give me what will hopefully continue to be a trouble-free season.

Jeff did more than usual this year, some of which was catch-up. Last year the boat was in Croatia, where we did have a great guy watching over the boat (Ante Muic) but we couldn’t get parts into Croatia. It was a nightmare partially caused by bad timing. Croatia had just joined the EU and there was mass confusion over getting spare parts into the country. That said, one reason things are good this year is because Jeff and Ante found ways to make things happen and do some things that are still rewarding us this year. In the middle of madness they were able to replace my generator and make some fairly major things happen, including overhauling my davit, and replacing my 400′ of chain with a longer 600′ chain. Without the longer chain the Mistral winds in France would have been a lot less fun.

One other reason why things have gone so smoothly this year is simply that we haven’t really done much cruising. In past years we’ve been cruising far greater distances in more demanding conditions. Our goal for this year was to relax and enjoy. I can’t say we’ve done that 100% of the time, but … clearly this has been a mellower year than for instance when we cruised 5,000 miles across the Bering Sea.

All of that said, there have been some headaches, but all are minor.

– The icemaker developed a leak. I “might” be able to fix it, but .. why? We don’t really use that much ice, and I’d need to sit still long enough to have a part shipped here.

– The sensor that senses for propane leaks broke stopping the barbecue from being able to be used. For that one I had parts shipped right away. The barbecue is considered mission critical on Sans Souci.

– The belt in the satellite tv positioning unit snapped (I think — I haven’t opened the dome to find out.) I’ll get this fixed when we get to a big city. We miss having tv news (but, we do have the internet, so we aren’t suffering).

– The flopper stoppers got beat up when we did some excessive rolling at Cap Ferrat. I did some minor maintenance and they are back in action.

That’s really it! This has been an excellent year, and hopefully I haven’t ruined it staying that way by talking about it.

Anyway …Here are some pictures from the last couple days. Enjoy!


The smooth ride to Menorca

Anchored at Es Grau on Menorca


Post Views: 299
PrevPrevious Post[KensBlog]A Smooth Passage from France to Spain
Next Post[KensBlog] High highs and low lows, all on the same dayNext