[kensblog] Victoria BC to Montague Harbor 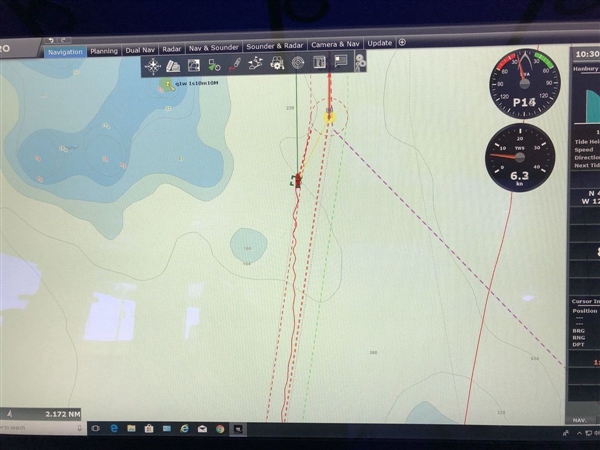 After five days at the dock in Victoria Canada we decided to run a short distance north to an anchorage we enjoyed last year, called Montague Harbor.

In the Pacific Northwest (PNW) one must pay close attention to the currents. There are narrow passages that can only be traversed at certain times and strong currents that can push you or slow you down.

As I studied our run I could see that we had a choice of leaving early in the morning and traveling against the current for seven hours, or leaving in the afternoon and traveling with the current for a much faster four hour trip. An additional factor was that the wind was projected at 10-15 knots from the north. When the wind and the current are flowing the same direction the waves tend to be much smaller than when the wind and current are going in opposing directions. If we took the morning passage we’d have a longer run, fighting the current, but in the afternoon we’d have current vs wind with a potentially rougher ride, but a shorter trip.

Roberta and I talked about what to do and decided we wanted to leave early in the morning (7am) for the journey north. The deciding factor was simply that we always like to arrive early wherever we go. When you arrive early you have more options. For example, If you arrive and can’t find any space in the anchorage you have time to move to another one, or to head to a marina.

Plus, Sans Souci is very comfortable underway. A longer ride would be just fine.

We expected a boring ride, but it didn’t turn out quite that way…

Another challenge in these waters are the whirlpools. When the current is running hard there are whirlpools, most of which are not an issue, but there are some which can suddenly grab the boat and spin it. The areas with the largest whirlpools are noted on the chart, and I always steer a course to avoid them. Unfortunately, when the current is really ripping the whirlpools extend well into the channel. And, the channel is also used by freighters. There are traffic lanes which need to be respected. I was in constant communication with “Victoria Traffic” who had their own ideas about where they wanted our boat to cruise.

The bottom line to all of this is that what should have been an easy trip turned out to be a struggle. I had current, whirlpools, traffic lanes, and LOGS! Usually, unless there has been a storm, log sightings in these waters are infrequent. You always need to be aware of the potential for logs, and do see one or more each day, but they seemed constant during our run. In the photo above,  of my chart plotter, you can see that the boat was zigzagging and drifting off course. This is despite having the autopilot set to “no drift” (a mode in which it is supposed to hold course). Some of the zigzagging was my avoiding an unusual number of logs, but most was  just the effect of severely limited forward progress against the current while driving over whirlpools.

Seven hours after we started, we dropped anchor at Montague Harbor where we planned to stay five days at anchor.

Montague Harbor consists of two bays; one that is totally protected and one that is open to the northwest (where there are the prevailing winds). Because of this, most boats anchor in the sheltered southern bay. We don’t like densely packed anchorages and prefer to risk a little roughness at anchor just to have a large bay to ourselves. About 2/3rds of the way into the video you get a glimpse through the trees of the south anchorage and all the boats packed in. We were in the north anchorage nearly a week and what you see in the video is about as rough as we ever saw.

After five idyllic days at anchor, with not a cloud in the sky, the weather turned cool. I called nearby Ganges Marina and asked if they had space and we decided we’d go in for a few days to provision (shop for food) before heading further north. Ganges is on Salt Spring Island, which is always worth a visit. A very cool little town!

That’s it for this blog entry, so .. thank you!