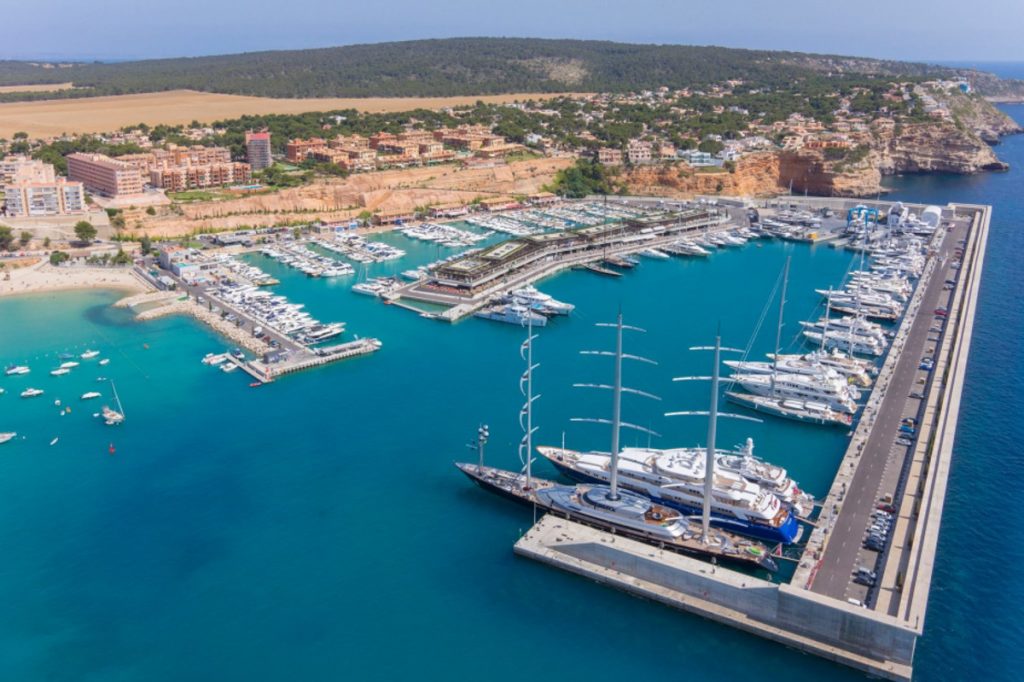 Roberta always says that her favorite word in the world is, “Serendipity.” It means an unexpected happy event.

And, that describes our day yesterday…

We woke up at 6am, at anchor at Formentera. We knew bad weather was coming and that we were going to be moving somewhere better protected from the swell.

Step one was to look at the weather services. Reports tend to be updated every six hours so we wanted the latest information. I looked at the reports before Roberta and said to her, “We’re in deep doo-doo. There are no safe places anywhere. Expect a miserable five days.” Roberta thought I was being overly dramatic and did her own analysis. Minutes later she said, “What do we do?”

We were suffering from Roll-Fatigue. I don’t know if that’s really a disease, as I just made it up. But… it was certainly dragging us down. We were tired of trying to sleep while hanging onto the sides of the bed. Some of it was just being unlucky with the weather, and some of it is Ibiza. There aren’t, or more likely, we didn’t find, well-protected anchorages. We were looking at nearly a week of being hunkered down waiting for a storm to pass with constant rolling.

“Maybe we should go back to Mallorca?,” I suggested.

“What good would that do? It’s going to be rolly there too,” came the response.

“We don’t have a slip until September 1st and it’s too early to call the marina.”

“We could go into a port here on Ibiza”

“Nah. If we’re going into port, I’d rather try for Mallorca.”

So, at 6am, in the dark, we put up the tender, pulled in the flopper stoppers, and headed to sea with no clear destination in mind other than “Mallorca.”

When people talk about the cost of boats, I always ask them what waterfront homes cost. Pick anywhere; Miami, San Diego, Hong Kong, Hawaii, Mallorca, etc. Waterfront homes are not cheap. And, now, imagine there was a portable one? If you are in the mood to be elsewhere, what if you could just move your home? What premium would that command? Well ..that’s what we were doing. We wanted a change of landscape, and in minutes had our home back on the road.

I still have 1,400 gallons of fuel on board, so I decided to experiment with kicking the boat into high gear. We always cruise at about 8.5 knots, because it is very fuel efficient. At that speed I burn around 9 gallons an hour. Kicking it up to 9.5 knots costs eats WAY more fuel — closer to 15 gallons an hour. But… why not? I had the fuel, so .. I wasted some fuel.

To our surprise, the sea was dead calm. We have not had a rough ride this year! We’ve spent some rough days and nights at anchor, but every run we’ve made has been on glassy seas.

At 9am I phoned Port Adriano, a superyacht marina in Mallorca (www.portadriano.com) and asked if they could take me. At first the answer was no, but then after a bit of pleading space opened up! We were not only going to Mallorca we were going to an amazing place.


Wow! What an amazing marina! We have seen a lot of marinas, and the initial impression may not be as good after we’ve been here a few days, but .. .my first impression is that this is the best marina we have ever been to. There are a large number of excellent restaurants, and shops, and a market — all literally behind our boat. I have 150 amp electric service to the boat (seriously!), wired internet, etc. At one point Roberta and I talked about staying in a fancy hotel for a few days to spoil ourselves. That talk is long gone. This is better. We had a fantastic Italian meal at a restaurant overlooking the back of the boat while watching a variety show that the marina puts on each night (comedians, singers, dancers, etc)

Here’s a video we made of one of the acts from the show while we were having dinner. Roberta pans the camera over a couple times to show our boat in the background. It’s a bit long, but gets cuter as it goes.

Last night was incredible, and this morning I didn’t want to get out of bed, it felt so good. A very serendipitous day!


We’ll now rent a car and explore Mallorca for a few days — so, no more blog entries for a bit.

Next up — GSSR reunion, sometime in the next week!

Thank you!
Ken and Roberta Williams (along with our crew-dogs; Toundra and Keeley)
Nordhavn 68, Sans Souci

PS – I just received this blog entry from an acquaintance now cruising in Greece. The last part of the article talks about what life has been like cruising in Greece during these times of financial instability there. I found it interesting and if you’ve been following the situation there you will to!