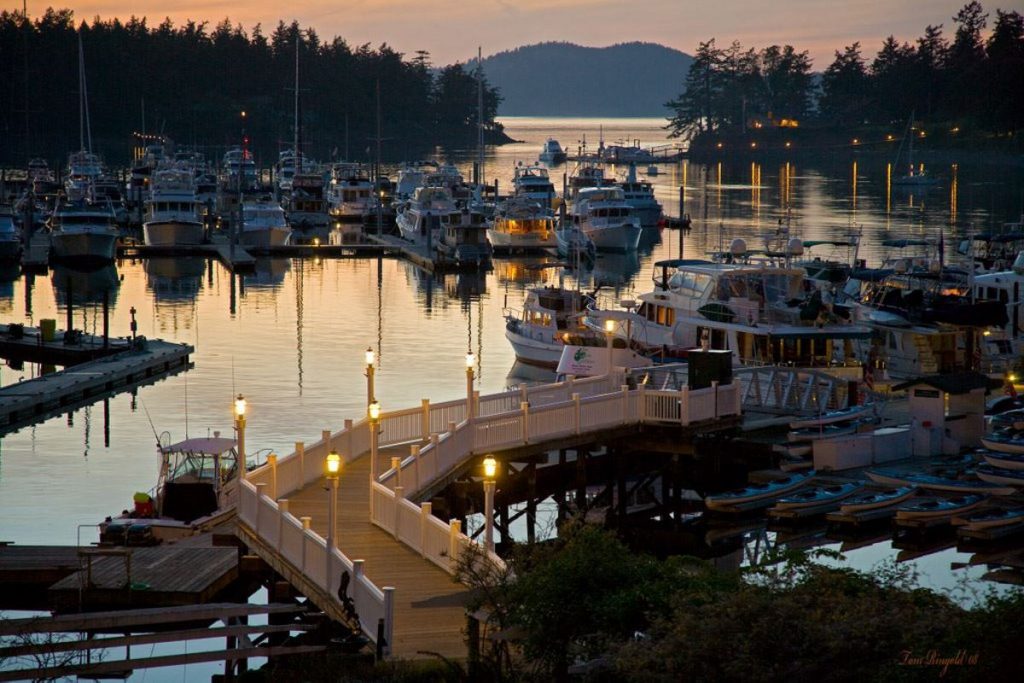 Well .. I wasn’t planning to write any blog entries this summer.

If you read my last blog entry you know that our boat spent eight months getting made new again and we weren’t able to start cruising this year until the season was effectively over.

That said, several people have asked what we’re up to and at the risk of being completely boring I’ll tell the truth, which is: ‘As little as possible.’ I sometimes joke about boats that are marina queens; meaning boats that just sit around and don’t go anywhere. I probably shouldn’t do that anymore because that’s exactly what we’ve been since the cruising season started. After traveling 30,000+ miles over the past few years, it feels darn good just to sit still for a bit.


I have mentioned in prior blog entries that I’ve been paying for a slip at Roche Harbor for nearly ten years, and yet our boat has never been in the slip.

I don’t know that I could completely explain why I kept paying even though our boat has been outside the United States. One reason is that it hasn’t been very expensive. The marina rents out my slip when we’re not here.

The bigger reason is just that it is a very special place and we’ve had various slips at the marina for nearly twenty years.

Roche is as much a tourist trap as it is a marina, and I mean that in a good way. Some marinas are just ‘boat parking lots.’ But, that isn’t Roche. There are three restaurants serving the marina. Each morning, a line forms at the Lime Kiln Café to get the fresh donuts. The staff are primarily high school and college kids from the local town of Friday Harbor who are off school for the summer. Unlike many marinas where the staff seems to be perpetually bored, the kids at Roche understand that it is summer and summers are made for fun.


And, a couple surprises I’ll leave you with…

That’s it for this issue of the blog. We have just been goofing off at the marina. Next week we hope to go to anchor and try out our new kayaks… (and, perhaps our new stabilizers.)