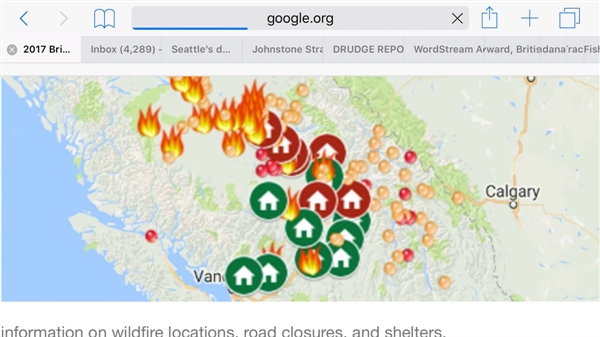 Roberta and I are slowly working our way south somewhat retracing steps. We need to be back home to Seattle early in September and have some places further south (like Victoria Canada) that we want to visit.

We spent a couple nights at the Echo Bay resort which we really didn’t know much about, but enjoyed our time there.

Here’s a video I found on the web that describes Echo Bay better than I could. It’s overly long but you’ll quickly get the idea. These marinas on the inside passage are unique in the world. They are hubs for a community of boaters who have been coming back year after year for a lifetime.

Our next challenge would be running the Chatham Channel. We had timed our arrival at the channel to have current under 1 knot. The channel is nearly 1.5 miles long and only 300’ wide. The center of it is deep but veer too close to the edges and it gets shallow.

We anchored for a night in a large anchorage called Boughey Bay. We’d be traveling south the next morning on Johnstone Strait. We’ve always found that mornings are normally the calmest for cruising so we usually orient trips to put the smoothest water at the calmest time of the day.

The anchorage was quite nice with plenty of room. It was a little spooky in that there was nothing around. No roads, no houses, nothing. We had something like a square mile of water and shoreline to ourselves.

To head south we’d need to run back through the Dent Island rapids. We wanted to time going through the rapids at slack so we dropped anchor at nearby Shoal Bay, the same bay we had visited a month ago.

Unfortunately, the season is now in full swing. Whereas the bay had been nearly empty when we were here in early July we arrived to a packed anchorage.

One of the uglier feelings in boating is to get up early, run all day, arrive at an anchorage tired and find nowhere to drop the hook. We zigzagged around the outer edges of the anchorage hoping we could find a corner to drop our anchor but had no luck. All of the good places were taken by other boats (as were the mediocre and poor places.)

All that was left was to anchor in the middle in deeper water than I wanted. On Sans Souci we carry 600’ of chain. I don’t like anchoring deep but will do so when required, and in this case it was my only option. The edges of Shoal Bay were 85’ (unless you get much closer to shore than I would consider) and the center is over 125’.

We knew it was going to be a windy night with 25 knots of wind likely. Not only would I’d be anchoring deep but I’d be closer to the mouth of the bay where I’d be less protected from the wind. So, I wasn’t happy about it, but I dropped the anchor in 85’ of water on a ledge that quickly fell off to 125’ of depth.

I have a spreadsheet I use to compute how much chain to put out. This spreadsheet is worth downloading and hanging onto – even though I have no idea how accurate it is. All I can say is, “It has served me well and seems to work for my boat.” Form your own opinion.

You can download the spreadsheet by clicking this link:

The spreadsheet looks at how heavy your chain is, how long your boat is, how much chain you are putting out, and wind speed. From this it does some math and tells you if you are ok or likely to drag.

I have strong opinions about having a good anchor, but my goal is to have my anchor be irrelevant. Generally speaking, I want the weight of my chain (called the “catenary”) to primarily be holding the boat. If the wind ever gets high enough that the anchor chain forms a straight line between the boat and the anchor then you are at risk to drag. Once the chain is taut it effectively becomes a steel bar between you and the anchor. If you get hit hard by a wave there will be incredible force applied to the anchor and your odds of having a bad day rise exponentially. The chain acts as a buffer between the boat and the anchor allowing the boat to move up and down with the waves without jerking on the anchor.

Our decision to anchor deep was rewarded in that we did survive a night of strong winds (25-30 knots).

The bad news was that our chain was apparently sitting on top of rocks. As the wind whipped around the boat, the chain dragged over the rocks. Normally we don’t hear the chain at all, but we spent a full night listening to very loud and spooky noises. It was Sans Souci’s first rock concert!

When we woke, we discovered that another boat had arrived and took a risk on anchoring between us and land. Our goal when dropping an anchor is always to have no other boats “inside our circle.” If we think the boat will be swinging through a radius of 200’ we want no other boats inside that 400’ wide circle. That’s what we want but it isn’t what we always get. We never drop without a clean circle, but inevitably some other boater anchors too close.

Dent Rapids and the Devil’s Hole

We departed to run past Dent Island and the Dent Island rapids, complete with the monster whirlpool called “Devil’s hole”.

Because we also wanted to get through a second set of rapids, called Yuculta, slightly further south we timed our approach to the Dent Rapids about thirty minutes before slack.

I have no pictures of the incident that occurred because when things go right they seem to take forever, and when they go wrong time seems to accelerate with only enough time to utter an expletive or two and then hope you are still floating.

As I’ve mentioned before, there is really good information available on timing the rapids (by arriving when they are slack). If you do your homework you can relax and enjoy the ride. In this case I looked at multiple sources to get the correct slack time at Dent Island. All of the sources seemed to line up except one. I found one online reference site which indicated slack an hour earlier than everywhere else I checked. I was positive I had it right, but this small bit of uncertainty was heavy on my mind.

Approaching the rapids I felt good we were at slack, and even saw some sailboats working their way north from the other side of the rapids. In the center of the rapids coming my way I saw two large 80’ plus powerboats. I won’t use their names out of respect to their owners. Let’s call them boat S and boat M.

Boat S was on the east side of the rapids coming towards me but would easily pass to my port side. I could see some slight whirlpooling in the water and current ripples, but nothing alarming. Meanwhile boat M was coming straight towards me, but zigzagging.

My first thought was that I had blown it timing the rapids and that M was caught in the Devil’s Hole. That’s when boat M made a sudden turn towards shore! I was positive he was going to hit the rocks when he suddenly turned around heading back into the rapids. He then turned sharply and was coming straight at us.

I had ground to a halt not sure what was happening or what I was witnessing. It was clear M had no control over his boat and worse yet I had to quickly get out of his way or we were going to collide. Was he caught in a whirlpool?

I grabbed the radio, “M this is Sans Souci. M this is Sans Souci” I said as calmly as I could. No response. And, then S responded to say, “M is having steering problems but seems to be ok now.” What I was seeing was autopilot gone haywire, not a boat caught in a whirlpool. I responded, “Sans Souci turning to starboard,” figuring the right move was to hope M was listening and just get out of the way.

Seconds later M passed by to my port side on a nice straight course. Whatever had gone wrong had been sorted out, and I’m sure the crew on M would be needing new shorts.

We proceeded through the rapids with no further incidents.

As we were coming south Roberta and I saw what looked like a fog bank ahead. Roberta said, “I think that is smoke from a fire.” I doubted it but soon we were both smelling the smoke.

We googled “british Columbia fire” and quickly discovered it really was a fire. Many in fact.

We had spent much of the prior week at anchor and were in the mood to find a store and restaurant. Thus, we chose as our next anchorage to go to Heriot Bay.

There was no room in the anchorage at Heriot Bay but it is adjacent to an enormous anchorage called Drew Harbor where we found plenty of space.

There are typical places where boats anchor when they come to the Desolation Sound area: For example Squirrel Cove and Prideaux Haven. We had really intended to go those places, but the truth is that we don’t like crowded anchorages. It’s impossible to get adequate swing room.

Instead we decided to visit Gorge Harbor a less-popular anchorage but we met some other boaters who had just been there and found plenty of room to anchor.

That’s it for this time. Thank you everyone!