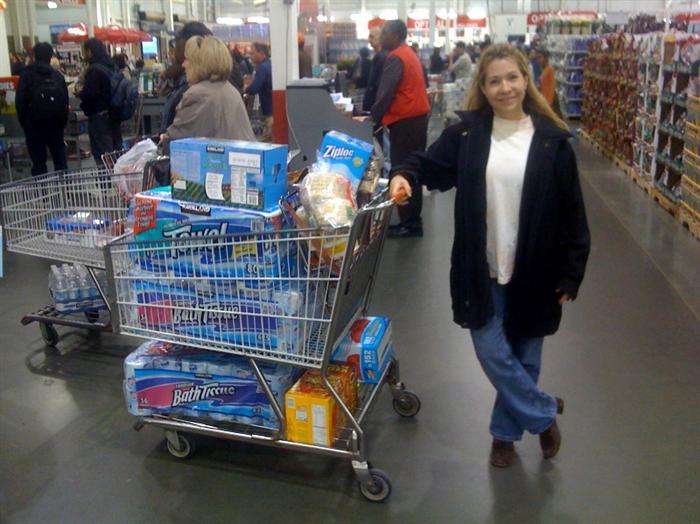 We’re the first of the three GSSR boats to get moving. The other two boats will not be far behind. Our start is staggered for a few reasons, one of which is that we’ve been competing for mechanics in the marina. The other two boats, Seabird, and Grey Pearl, will probably be thrilled to see Sans Souci leave, as we seemed to have fully consumed all resources at the marina this past week. Someone said this morning that they had been counting mechanics who went aboard my boat today, and they stopped counting at sixty-two. This number seems inflated, but perhaps it isn’t. When I was on the boat, it was quite a show. One mechanic who was trying to get work done in the lazarette (the area behind the engines) joked with me, when I asked him to move so I could pass through, that he was thinking of renting out his location, because it seemed to be so popular.

Overall, the mood on the boat today seemed far more “up” than any other day this week. Everyone knew we were near the finish line, and that a huge task had been completed successfully. Everyone was working hard, and you could sense the excitement. One would think that as a customer leaving town, and probably not coming back within the foreseeable future, I’d be the last guy to get good service, but we seemed to have every marine mechanic in Seattle giving me their best effort all day today, and into tonight. There was a lot of pride on Sans Souci today. When Jeff Sanson, (who managed all the work on the boat) called tonight, around 8pm to say simply “The boat is ready for departure”, you could tell that the moment was bigger than the words. Jeff, and his team, have been working since October towards our departure tomorrow.

Although we are “only” going to Canada, Alaska, Siberia and Japan over the next few months, everyone knows that the boat will not be back in the United States anytime soon, perhaps not for a decade or more. This is the start of a huge adventure into the unknown. We are preparing the boat for what might, or might not be, a circumnavigation, of an uncertain duration, via an uncertain path. Our assumption is that once we leave the dock tomorrow, getting spare parts, or repairs, will be a struggle. Because of the uncertainty, we have focused on getting everything “perfect.” We want the boat ready to tackle any challenge, because longer-term, we don’t know what challenges await.

Although the long-term is fuzzy, the short-term is looking awfully darn good. I just received the weather report for the weekend and it looks as good as one could want, for this time of the year in the Pacific Northwest. The forecast is for some wind, fog and rain during the first few hours, but by the time I’m finishing my second cup of coffee, it should start clearing. The weather reports are claiming cloudy skies tomorrow afternoon, but I’m going to predict sunshine.

And, we have earned a little sunshine. Over the past week, we’ve shuttled back and forth between Costco and the boat. We’re provisioning for five months on the boat. There are some major cities in Alaska where we’ll have no trouble taking on supplies, but there are also long stretches, such as the two thousand miles between Dutch Harbor Alaska and Hokkaido Japan, where we’re not likely to see much of anything.

Here’s a picture of Roberta standing in line at Costco, with a shopping cart full of toilet paper:

When the cashier gave us a funny look, I explained somewhat truthfully that we’d been too busy all week to even go to the restroom.

The first leg of our journey is only about 90 miles. Have you ever taken a trip and realized you forgot something important an hour after leaving home? We knew we’d be thinking that as soon as we are out at sea tomorrow, and planned accordingly. From Seattle we are going first to one of our favorite marinas in the world: Roche Harbor, on San Juan Island. We’ve been to a LOT of marinas, and Roche is a top-ten destination. On a sunny summer day at Roche Harbor, the marina is life as good as it gets. There are those who might say Roche is “touristy”, but I’d point out that there is generally a reason people travel great distances to reach tourist destinations. Roche is packed with boats in the summer, and the docks are wall to wall with people. Live Music. Dancing on the docks. Fresh donuts that are worth getting up early for. Fun people. Cannon fire. A pool for the kids. It can be a zoo, but one worth visiting again and again. Get your reservations early for the marina, but, if they are overbooked, no worries. They have a huge bay with well protected anchorage, and the staff bends over backwards to make you welcome, and squeeze you in, if at all possible. It’s too early in the season for Roche to really be “happening” but we wanted to go there anyhow. This weekend will be dedicated to relaxing, and then on Sunday, we’ll return to Seattle, to grab anything we decide we forgot, give the mechanics one last shot at the boat (which won’t be needed) and return on Thursday to start moving quickly up the west coast of Canada. We also hope to be standing on the docks, to throw the lines to Grey Pearl, the second GSSR boat to start their way north.

Speaking of which… Both Grey Pearl and Seabird have their own blogs. If you would like to register for their blogs, visit their websites, and register by typing your email address where it says “Register”, at:

And, lastly… everyone is encouraged to comment on my blog. 99% of the fun, and education, in my blog is your comments. To participate in the fun, just go to: http://www.kensblog.com/. You’ll see that at the end of each blog entry there is a place to post your own comments, and a chance to read everyone else’s. You’ll also notice that I often post things that I thought were too techie, or too boring, to send out to my full mailing list (many thousands of people). There was some good discussion on piracy this week that you might enjoy.

That’s it for today. It’s time to shut down the computer, and start packing.

Post Views: 240
PrevPrevious PostA hole in the bottom of the boat
Next PostGSSR#6 – Running from Seattle to Roche HarborNext