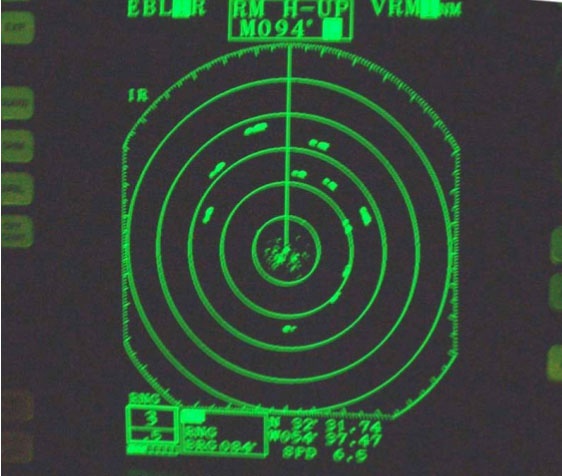 This morning was spent in a class on diesel engine troubleshooting. Sans Souci actually has four diesel engines aboard: the main engine, the backup (or, wing) engine, and two generators: a 12kw and a 15kw. Much of the discussion today was devoted to engine room checks. Several times per day, while underway, we will be going into the engine room to inspect the various engines and other systems. There is a LOT that can go wrong. My favorite comment of the day was when the representative from Lugger (which manufactures the engines aboard Sans Souci) said that special attention should be paid to the engine mounts. He said that whereas engine mounts shouldn’t be a problem, and wouldn’t be under normal circumstances, these are NOT normal circumstances. He said: “This is not a Sunday day cruise. Those engine mounts will be carrying a 3,000 pound load, which is being slammed violently from side to side, and pitching forward and back, for days on end.” The seriousness with which he said, and pantomimed this, had my stomach complaining already. We discussed how to spot wear in belts, chafing of wires and hoses, how to spot exhaust leaks, bleed the fuel system, etc. Roberta was a true champ and sat through all of this – constantly elbowing me, saying “did you write that down?” or “Do we have one of those?” I assured her that not only did we have several of those (various diagnostic devices), but I was also writing things down as fast as I could.

Although – I did forget to write about yesterday’s radar class, so I’ll highlight a few things from it here. This was a very worthwhile class. At the class they passed out a great book on Radar usage, which I also plan on reading. There were several surprises, at least for me. For instance, we have a 72-mile radar – which I assumed meant we could “see” boats 72 miles away. Not true. The curvature of the earth kicks in long before this and stops the radar from seeing other boats. I’ve always assumed we had a few hours of notice before being surprised by another boat (or, an oil tanker) out at sea. I should know by now, that “assumed” is one of the most dangerous words in the English language. Here are the facts: There is a math equation that provides the maximum distance your radar can see, and it’s much less that you might think. I don’t have the formula here in front of me, but I remember that it took into account the height above water level for your boat, and also for the object you are trying to see. Assuming two normal 50’ boats, this distance is around 6 miles. This means that a boat approaching you at 20 knots would only appear on radar for about 20 minutes prior to reaching you. If you are running close to shore, you might be able to spot mountains from 50 miles out – but, mountains are usually not a factor while at sea. Its other boats and floating logs that I worry about.

We also discussed how to adjust your radar for maximum visibility. Once again, there were several handy tips. For instance, most radars have a mode called “ES” that they  say many people leave on, without really understanding what it does. I confess that I had never heard of it. The ES processor causes very small objects to be amplified on the radar, so that they are easier to spot. Normally this is beneficial. For instance, a small fishing boat might show up on the radar as a single dot, and be too small for you to notice. The ES processor would automatically scale this up to something that can easily be seen. This is not necessarily a good thing when it rains. The raindrops, and resulting splashes, get amplified on the radar. The radar is trying to help us see them better. I’ve noticed that when squalls are coming in (storms), I have a miserable time seeing anything in the radar. I’m planning to do some experimenting during this trip with various options on the radar to see if I can’t materially improve what I am seeing.

Meanwhile back on the boat…

We’re having more electronics problems than I would like. We’ve been fighting problems with our hailer all week (the loud speaker system which is handy for barking orders to the crew during docking). We had an electronics guy onboard today who identified our problem as being with the microphone. He also spotted that the microphone on the VHF radio isn’t working. And, then they found, and fixed, a problem with the single side band radio. I spent the afternoon troubleshooting problems with our satellite internet connection. (Note: check out the picture on this site of all of us using the wireless network! We’re sharing a 40k bad satellite connection eight ways – but thrilled to do so. As far as I know, we’re the only boat in the whole rally that can actually surf the internet).

Our last semimajor issue has been with one of the fuel tanks. We have five fuel tanks, all but one of which have fuel gauges on them. To read the tank without a gauge, you look at a little thermometer, which is mounted on the side. This sounds easy, but is nearly impossible. The tank is mounted behind the starboard generator, and you need to crawl and use a mirror to see it. We have five tanks, so I always just ignored that one tank. On this trip, we’ll not only be using all five tanks, but I’m also thinking to put fuel into a 100 gallon extra tank I have on board for used oil. Rip was still fixing the site gauge on the fifth tank when I spoke with him at 10:30pm tonight. With 3,000+ miles to go, you can’t have too much fuel aboard. Who knows what the ocean has in mind for us?

As I look back on today, I can’t escape mentioning Rip, our captain. For those of you who don’t know the full story, I believe that our boat is the only boat that has a captain along.

Roberta and I have had boats our entire life, and have run the boat ourselves for the last four summers in the Mediterranean. Having said that, if I were to rank myself, I believe that I am not up to the same level of experience as many of the boaters here. My idea of great boating is a six to ten hour cruise to an island, where we drop anchor, swim / hang out for a couple days, after which we pull the anchor and boat our way to the next island. If the weather looks bad, we stay in port. Other than a three-day trip when we first took delivery of Sans Souci five years ago, we’ve never run the boat for more than 10-12 hours at a stretch. By some standards we are experts, having had boats all our adult lives, and cruised extensively in the U.S. and Europe, but this is not coastal cruising. Crossing the Atlantic Ocean is the real thing. It’s the big leagues. There is no safer way to cross the Atlantic in a small boat than to do it aboard a Nordhavn in the company of several other boats. For our first crossing, I thought it would make sense to have a veteran skipper in command – with the caveat that this is a training mission for us. Roberta and I will run the boat as much as any other member of the crew. If the oil needs changed, I want to be there with a wrench in my hand. Yes – we are out of place to have a skipper on board, especially given the fact that we have run the boat for years alone – but, for this particular run, I’d much rather be safe than sorry.

With that background, I noticed that Rip was looking a bit ragged today. He hasn’t said a word, and I could be way off base. But, it’s my sense that he is having some tough days. Traditionally, on a boat, the captain has a crew he can depend on. That isn’t completely true in this case. Of the eight people who are aboard during the first leg, two are PAE employees who are not being paid (at least not by Rip or I). One of them is Dan Streech, who is the CEO of Nordhavn, the manufacturer of the boat. Also aboard is Christian Fittipaldi, a friend of Dan’s, who is a Nascar driver. Next up is Saint John O’Neil Dunne, an emergency medical technician who is participating in the rally, who came to us via Nordhavn. Then we have Phil, who Roberta and I hired to be the boat’s chef. That leaves Rip, our Captain. As you can see, if you look closely at the first part of this paragraph, none of these people were recruited by Rip to be his crew. Those of you who have ever tried to manage a loosely assembled team know how hard it can be. There is a lot of work that has to occur to get the boat ready, and Rip has a crew that is hard for him to manage. Simple things like loading equipment onto the boat can be challenging when there is no one around who you can clearly give orders to. Rip has done an amazing job of pulling things together. Hopefully, once we leave shore things will get simpler for everyone.


I am not planning to do an update tomorrow. The boat is essentially ready to go. We’ll be taking it out briefly to take on fuel, but that’s about it for excitement. There is a big dinner to honor the “slow group” of boats that leaves on Sunday morning. We don’t leave until Monday – but as we will be moving faster, the plan is for us to arrive together in Bermuda. It will be a strange feeling watching half our fleet vanish into the ocean on Sunday, and know that we follow them 24 hours later. I will definitely have pictures on the website (http://www.kensblog.com/). Unfortunately, the weather has decided to make our send-off a bit more interesting as thundershowers are predicted for the next few days.