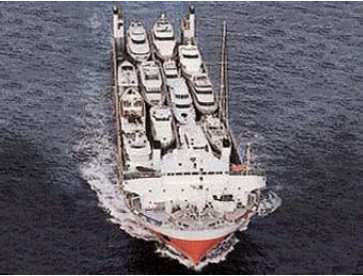 Tomorrow at this time, unless something VERY surprising happens, we will be at sea.

I was worried that our voyage would never come together, but finally, at 5:00pm today, we had a meeting to discuss logistics. I showed up for the meeting a few minutes late, thinking there would be a bit of joking around at first, but everyone was dead serious, and hard at work when I arrived. There had been confusion over which boats were going, and where we were going, but this was dispensed with in seconds. All of the Division 2 boats that had said they would go elected not to. The decision was also made to bypass Terceira. I was a little disappointed, but agreed with the decision. When the idea was first discussed, we had thought Terceira was closer.

Our idea had been to arrive by around noon, swim and picnic until after dinner, and run all night to St. Miguel. Unfortunately, this didn’t work for a number of reasons. To arrive in Terceira by noon we would have to leave here by around 4:00am, which is impossible (we’re just not ready). Also, the weather isn’t such that people are thinking about anchoring and swimming. Today was cool and windy. I don’t know what the exact winds were, but it felt like 20 knots or more. That said, I’ve looked at the weather report for tomorrow, and it looks good. The whole trip is on hold until we speak with our “official” weather forecaster tomorrow, Mr. Walt Hack, but I will be very surprised if there is an issue.

The bottom line: we’re anticipating a 2:00pm (GMT, which also happens to be Horta time) departure for St. Miguel. We’re planning to run at 9 knots, and it’s only a 150 mile run. We should arrive around 10:00am on Friday.

We will be traveling with the same boats as on our trip from Bermuda: Crosser, Goleen, Grey Pearl and Que Linda. Emeritus will not be accompanying us due to stabilizer problems. A few hours before we arrived in Horta, their stabilizers locked up completely. A technician was to arrive here today, but at 7:00pm, they had not yet arrived. As I had anticipated, there was some discussion about Emeritus. Bob is a highly independent person, and prefers running alone. No one ever said it, but I suspect we were all thinking the same thing. If we leave without Emeritus, the odds are he will make the run alone. I can’t conceive why someone would bypass the extra safety offered by traveling as part of a group, but then there are people on my boat who can’t understand why Roberta and I are paying for a hotel room when we have a perfectly good bed waiting on the boat. Sometimes people like their independence. That said, I REALLY want to find a way for Emeritus to catch up with the group. Aside from the fact that I like having him around, it is safer if we travel together.

Other topics at the meeting:

– The Division 1 and Division 2 boats were on completely different routes on the last leg. We would like to avoid having this happen again. Tomorrow, we will choose a waypoint just after St. Miguel, and have both divisions plan to run the rhumb line (a straight line) between that point and Gibraltar. This ensures that we are on the same track.

– The Division 2 (slower) boats will leave Horta, assuming the weather is right, on Saturday. Division 1 will stay in St. Miguel until Monday, and then start for Gibraltar. This should put us on the same track, arriving at roughly the same time.

There was a party that had been scheduled for tonight. It was a pot luck on the dock, and was described as being “Bring your own bottle.” I didn’t see a lot of people drinking, and the whole event seemed a bit serious. The departure tomorrow has us focused on preparations.

Sans Souci represented itself well at the pot luck. Our chef Phil, made some amazing Thai Pot-stickers. Roberta and I are on the Atkins diet, so we couldn’t eat them. As Phil was carrying them out of the boat, I asked Roberta if it was ok to cheat and “have just one.” She said she had already cheated and had one, so she supposed I could do the same. Phil made at least 50 or so pot-stickers. Roberta and I ate one each, which left 48. Two minutes after Phil carried the pot-stickers out to the group, I completely caved and ran for the table. I had to have another one. No luck. They had completely evaporated. We are not roughing it too badly on Sans Souci.

Those of you who read my report yesterday may remember that Roberta and I were to have a meeting today to discuss whether or not we should consider selling Sans Souci in Europe and buy a new boat in the U.S., rather than shipping Sans Souci back. We spent a couple of hours with the Nordhavn people, and I’m not sure what we accomplished. Roberta and I still need to talk some more, but my sense was that we have an emotional attachment to the 62, and as much as we like their new models, it would be hard to own a different boat. It was tough to conceive of giving up that big front deck, or the upper deck in the back.

It may have become a non-issue anyhow. We were thinking about the huge cost to ship Sans Souci back from Europe. This number may shock some of you. I know it shocked me. Guess what the cost is to ship Sans Souci from France to Seattle? $102,000.00!! Yes. You read that right. I called Dockwise Yacht Transport (http://www.dockwise.com/?sid=28) , the shippers, to ask if I would be able to get a refund if we were to cancel the trip. They said “Sure, but only as a credit against a future trip. There are no cash refunds” Ouch.

It will be strange moving aboard Sans Souci. We had seven people on the last leg, and only five of these people are continuing on with us. Garret and St. John have moved to Autumn Wind. We are now being joined by two young men, Eric Leishman and Mike Ronquillo (an EMT), as well as Roberta’s parents, John and Nova Heuer. Tomorrow we’ll check out of the hotel, turn in the rental car, and move aboard.

Speaking of change, today I received an email asking me to pass along a message to Marty and Marge Wilson, aboard Karma. I spoke of them a few days ago. They are the couple who are half way through their second circumnavigation on a Nordhavn 62. Purely by coincidence, we were parked next to them here in Horta. Roberta and I have enjoyed meeting them, and have been looking forward to getting to know them better, but as I went out the door to pass along the message, I realized that Karma had left. They are now on their way north to Newfoundland. I’m sure we’ll meet again, but have no idea where or when. It felt really strange for some reason not to see their boat.

The only other thing I can think of to report is that Roberta, her parents, Phil and Garret, have been working hard to paint our logo here in Horta. It looks great! We still have some touch up to do tomorrow, but we’re proud of it, and hope to see it again someday. I on the other hand, wasted the afternoon messing with the satellite television tracking system. I finally decided that we are still too far from Europe. I’ve been thinking we’re almost there, but we still have 1,200 miles to go! And, that’s just to Gibraltar. Roberta and I have at least another 1,000 miles to go to our boat slip in France.

NAR Fleet leaves their mark in Horta
OK – one more thing. Tomorrow I’m planning to drive the boat as we leave port. I’ve driven Sans Souci thousands of miles, but have been self conscious about running it in the marina in tight corners in front of Rip (our Captain) and Kirk (from Nordhavn). I know that they’ll both be thinking “we could have done it better,” but I need the practice. Hopefully there won’t be much wind. Sans Souci is heavy, and doesn’t move much with the wind, but I’m pretty rusty…

Talk to you tomorrow, from at sea!


Post Views: 328
PrevPrevious PostDay 37 – Going Nowhere in Horta
Next PostDay 39 – At Sea, on the way to San MiguelNext