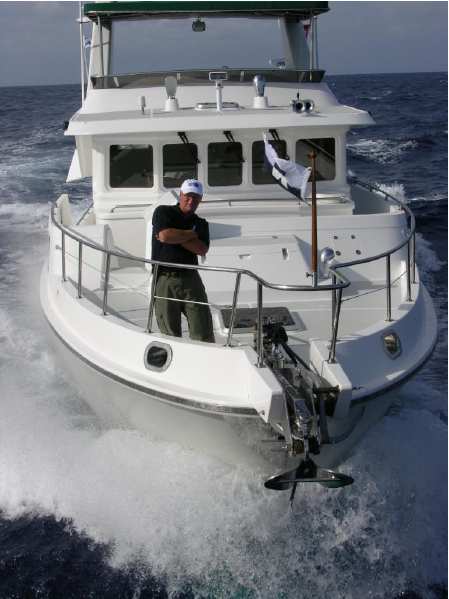 I am happy to report that all rally crews and vessels are now safely here in Horta.

My email yesterday contained several inaccuracies. At the time it was sent, a few boats had not yet arrived in port, and information was sketchy. Since that time, I have spoken with the crewmembers from Uno Mas and Autumn Wind, and know a bit more about what occurred. I’m sure that I still do not have the full story, as when I saw the crews, they were just in from 12 long days at sea, and talking to me was NOT the foremost thought on their minds.

Autumn Wind, as I had reported, did foul their main prop with a fishing net. After running for some time on the wing engine, two young men from Atlantic Escort, Justin and James, dove beneath the boat to see if they could free the propeller. As calm seas were still days away, they dove under the boat wearing only face masks, in 10 foot seas. I will ask when I see them why they did not wear tanks. My assumption is that they felt safer without the tanks. After many attempts, they were finally able to cut through a couple of the lines. Autumn Wind’s propeller was impossible to clear completely, but they were able to get it turning with most of the mass still attached. Brad, who was on Autumn Wind, reported that they found that at 1700 rpm the vibration wasn’t too bad and were able to make it into port.

I incorrectly reported that Satchmo had stabilizer problems. I had their story crossed with that of Uno Mas. I still have not spoken with anyone from Satchmo, but am told that their main engine AND their wing engine quit. The problem was fuel related, and was solved reasonably quickly.

The Uno Mas story amazes me, both their story from yesterday, and their overall story. Uno Mas, a Nordhavn 40, is the smallest boat in the rally. I do not know whether or not its size was a factor, but yesterday Uno Mas was “knocked over” by a wave. They were running in beam seas (meaning the waves were coming at the boats from the side) and got caught in a squall, with winds gusting to 50 knots. According to the Uno Mas crew, a wave rolled them over to at least a 45-degree angle. On Uno Mas, the electric inverter is located in the lazerette, in the cockpit of the boat. The lazerette is a space beneath the floor, in the open portion of the back deck of the boat. When the back of the boat was partially submerged, water leaked into the lazerette and fried the inverter. The inverter is responsible for generating 110 volt current from 12-volt batteries. Alarms immediately started sounding. As it was described to me – “I couldn’t tell if we were on fire, or if we were sinking. The high water alarms were sounding, and smoke was pouring from the lazerette.”

Once Uno Mas had righted itself, the crew cut power to the inverter. I did not ask whether or not the main engine quit, but assume that it continued running. Uno Mas’ crew was able to get moving again, but found that without 110 volt current, the cooler for their stabilizers would not work. Without stabilizers, Uno Mas was being tossed about by the waves in an unacceptable, and dangerous, manner. They were able to run a generator, to make 110-volt electricity, but unfortunately, the electricity from the generator had to pass through the inverter before reaching the stabilizer cooler, and the inverter was hopelessly fried. Atlantic Escort gave radio guidance on rerouting the power around the inverter, but Uno Mas’ crew had difficulty knowing which wires to cut or reroute. Justin, from Atlantic Escort, provided assistance by SWIMMING to their boat in the high seas! After a bit of rewiring, they were underway with the generator providing the electricity needed to cool the stabilizers.

I asked how many crewmembers were aboard Uno Mas, and was surprised to learn that the entire crew of three persons was standing before me. (Note: they gave me their names, but as we were shouting at each other while packed elbow to elbow at Peter’s Café, I seem to have forgotten them, if I ever clearly heard them). When I remarked on how impressed I was that they were able to make the passage with only three crewmembers, they said that three was a luxury! Two of them, a couple, had brought the boat to Florida from Alaska alone, with the two of them alternating three hour shifts on the long passages. There are some amazing people on this trip!

One last comment on Uno Mas – those of you who have been reading my updates for a while will remember that they were transferred 100 gallons of fuel about half way across the Atlantic. I had to ask how much fuel they had at arrival. The answer – 101 gallons! Jim Leishman of Nordhavn, and David Shuler, a photographer who was aboard Atlantic Escort, have promised me pictures from their voyage. My goal is to get some photos onto the website later today or tomorrow.

P.S. – Many of you received yesterday’s email multiple times. My apologies for this. It was a computer error, which I believe I have under control (crossing my fingers).

P.P.S. – I received an email asking why I had been using such a large font. When we were at sea, I was having trouble reading my laptop screen as we bounced around. The larger the font, the higher the waves (grin). Now that I am in port, I can return to a more reasonable font size…

Jim Leishman, one of the founding partners of P.A.E., builders of the Nordhavn Trawlers that took part in the rally, stands proudly on the bow of Atlantic Escort.